The previous project Teletandem Brasil: Foreign languages for all 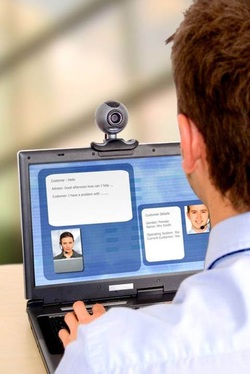 The academic production of Teletandem Brasil is a result of three years of collaboration among teams of Brazilian and foreign researchers, a period when the project achieved a clear national and international visibility. During this time, several doctoral theses, MA dissertations and undergraduate research papers were produced and can be found on the project site – www.teletandembrasil.org . The project academic production shows the evidences of the educational, collaborative, pedagogical and linguistic potential of on-line webcam intercultural communication to learn foreign languages through virtual and intercontinental communication by using Skype, OoVoo or Windows Live Messenger (among others).

In addition to defining teletandem as a virtual, autonomous and collaborative context for learning foreign languages (at low cost and independently of geographical and economic restrictions), the project also described (a) the many ways that learners used this kind of synchronous communication software to learn the languages of their partners through autonomous and reciprocal on-line collaboration; (b) the caracteristics of teletandem interaction; and (c) the new roles of teacher-mediators in foreign language classrooms that adopt this new learning context (see Vassallo & Telles, 2006; Telles & Vassallo, 2006; Telles, 2009; Benedetti, Consolo & Vieira-Abrhão, 2010).


The New project
Teletandem: Transculturality in on-line interactions via webcam 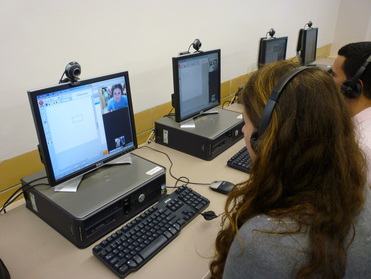 However, several evidences for which we could not account during the brief period of research have encouraged us to continue our studies under a new umbrella project entitled Teletandem: Transculturality in on-line interactions via webcam. This new project will focus on the cultural dimensions of teletandem interactions.

The reasons for studying the cultural dimension of this relatively new communication and learning context are: (a) by its own communicative and intercontinental nature, teletandem constitutes a virtual context within which elements of multiple cultures can emerge; (b) if fully understood and studied by foreign language educators, it can become an effective educational tool for enabling citizens to transit and to collaborate among multiple cultures, and not merely an instrument or technique for teaching collaborative on-line foreign language courses; (c) with the constant development of the ICTs, on-line intercontinental interactions through webcam images will become, to greater extent, part of people’s daily professional and private lives; (d) this type of virtual interaction contribute to the softening of clearly outlined cultural borders, in addition to putting multiple ways of living into contact, at low cost and without clearly outlined national-geographical, economic and chronological delimitations; and (e) the cultural and linguistic dimensions of these interactions must be known in depth, so that they can become part of the agenda of education for global citizenship.